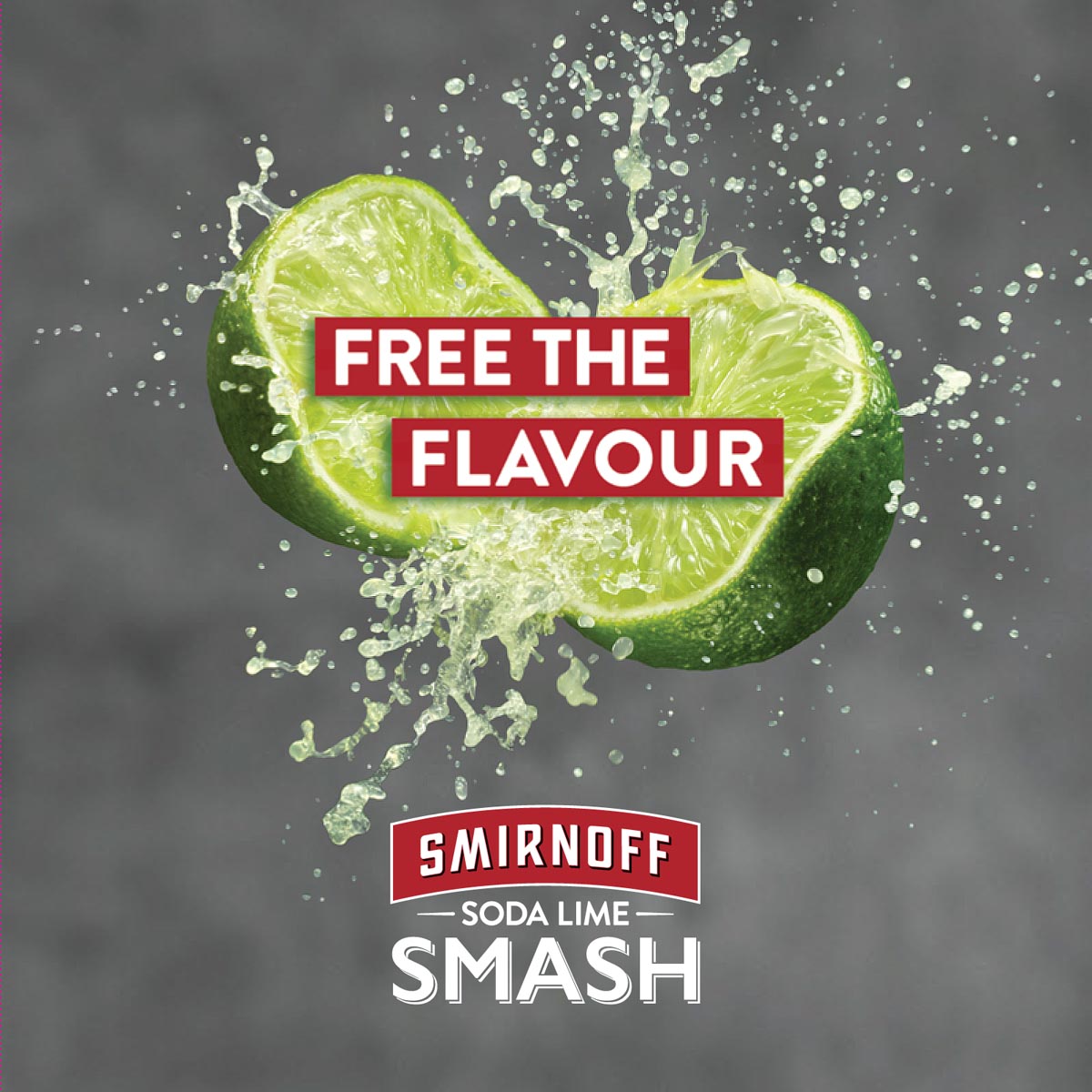 Looks like a simple shot right? Actually no this was far harder to achieve than it looks!

I was approached by Geometry @JWT to create this great Key Visual for Smirnoff and their fruit smash campaign.

The initial hurdle was how to suspend the fruit without visibly showing it and interfering with the intended juice spray. This was achieved with long BBQ skewers clamped and coming through the background, piecing the fruit from behind. Fishing wire and hooks were then attached to create greater stability to reduce the fruit from moving about during the shoot.

Several methods were tested and then used to create the liquid splashes including throwing and spraying the lime juice through syringes at the limes. Eventually enough assets were captured to enable a composite final image to put together in post production. To finish off the fruit was also liquified in photoshop to add a small amount of distortion to replicate the effect of impact.