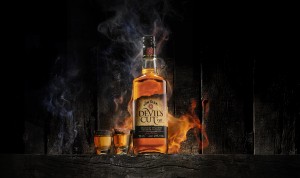 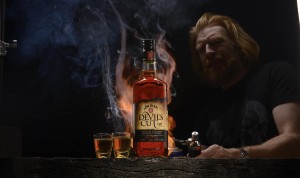 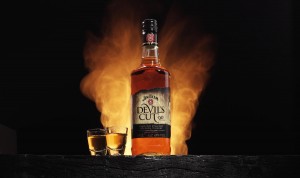 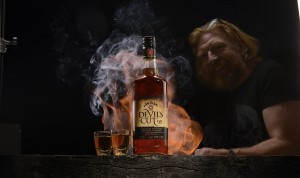 We had some fun recently with this shoot trying out a few new techniques to get the flame effects behind the bottle of Devil’s Cut Bourbon.

The idea was to have the flames just licking around the base and sides of the bottle, but we also experimented with larger balls of fire, and longer exposure times which created some unusual effects. Different flammable materials where tried and tested until it was decided that WD40 gave the best and most consistent results with the added benefit that it also produced a some nice smoke effects at the same time.

In total we spent two days trying out and shooting the flames and bottle, by the end of which I had slightly shorter eyebrows and smelt like a bonfire!

The background was created by charing some old planks of wood from a salvage yard with a small blow torch to give the cracked charcoal look. The whole job was dirty and smelly but the end result was well worth it.